Adapting to the New Regulatory Reality 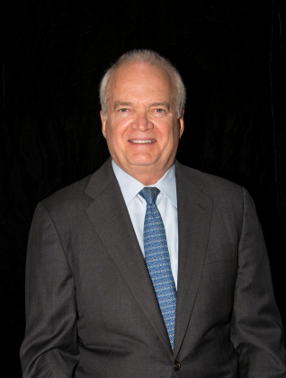 Greg Wilson Consulting provides distinctive consulting services to a few selected clients on financial services policy and regulatory issues. With more than 30 years of professional experience in both the U.S. government and private sector consulting while a partner at McKinsey & Company, my current client service focuses on the aftermath of the financial crisis, U.S. and global regulatory reforms, and financial market competitiveness. In the past decade, I have worked in more than 25 countries in the developed world and emerging markets, enabling me to leverage distinguished experience from around the world with unique, tailored insights to help clients in the new regulatory reality.

Managing to the New Regulatory Reality – The year 2008 will be remembered forever in U.S. financial history as a transformational shift in terms of how the American political establishment views the financial services industry in this country. Its long-term implications are likely to have a negative impact on consumers, investors, economic growth, and jobs in the new regulatory reality unless that relationship is realigned with greater balance in mind for our economy.

Dangerous Markets: Managing in Financial Crises – As the economy grows more global, the impact of financial crisis in any country has come to affect us all. Corporations fail, the stock market and currency values fall, deposits are at risk, pension plans are lost, and, in some cases, even civil unrest follows. “This is the first book to go beyond what happened and why, and into today’s most pressing question for the industry, which is ‘how do we adapt to and thrive in the post-crisis environment?’”

“This book provides a broad and easy to understand synopsis of the Dodd-Frank Act coupled with useful strategies, tactics, suggestions, and 10 very valuable lessons for winning, copping, and, indeed, succeeding in this radically new and challenging regulatory environment.”

“Drawing on his detailed knowledge and high-level experience, Greg Wilson provides clear guidance and actionable advice to help companies and their officers and directors succeed in the new regulatory environment.”

“This is an absolutely critical ‘must read’ for financial services executives. Greg Wilson’s book is the only one of its kind which provides a granular ‘how to’ guide to managing our businesses in the new regulatory environment. An excellent read!”

“Greg Wilson lived through the recent crisis and now offers us all a blueprint for avoiding the next one.”

“There have been a number of books written about the recent financial crisis that inevitably led to the introduction and passage of the Dodd-Frank Bill. But this is the first book I have read that takes all the critical events in sequence, describes their impact, explains how that impact contributed to the development of this legislation, then provides an analysis of the bill.

“Two characteristics of the book are particularly notable. First, though I have read many summaries of the Dodd-Frank Bill, most of the summaries repeat the bill’s language or provisions. By contrast, Greg spends little effort reciting the language in the statue and instead explains the impact of those provisions. To anyone other than a banking lawyer, this approach offers a far better means of understanding the content of the bill.

“The second characteristic that I find notable is the ten clear lessons he outlines for managing in a post Dodd-Frank environment. It strikes me that ten or fifteen years ago each of the ten lessons would have been described as the “soft issues” of management rather than the “hard issues” of financial and product line management. In thinking about that I reached the conclusion that the prior “hard issues” are no less important than in prior years, but that management expectations are now higher as these formerly “soft issues” are at least as critical to success these days as are the more traditional success factors.

“It is clear that Greg sees the Dodd-Frank Bill as the culmination of a series of events that, taken together, are a critical milestone in financial services. I agree with that assessment, and therefore suggest that this book should be required reading for any practitioner in this business.”